The Talented Musicians of the Festival 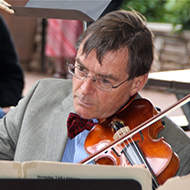 Concertmaster & Chamber Musician, concertmaster of the San Francisco Ballet Orchestra and the California Symphony, Mr. Malan is a graduate of the Royal Academy of Music in London, the Juilliard School in New York, and the Curtis Institute of Music in Philadelphia. His teachers included Efrem Zimbalist, Ivan Galamian, and Yehudi Menuhin. A California resident since 1974, he was Concertmaster of the San Francisco Chamber Orchestra for twenty years and is a member of the San Francisco Contemporary Music Players. He is on the faculty of the University of California, Santa Cruz, where his Porter String Quartet is in residence. He is also founder of the annual Telluride Chamber Music Festival. Mr. Malan has recorded for the CRI, Genesis, Orion, and Transparent labels. In 1982 he was honored by Efrem Zimbalist’s dedication of a specially orchestrated version of his Coq d’Or Fantasy. Zimbalist paid him further tribute by bequeathing to him his favorite bows. 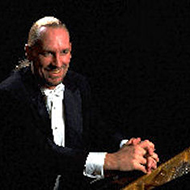 Studied at the Juilliard School and the San Francisco Conservatory of Music. While still an undergraduate, he was appointed principal pianist of the San Francisco Symphony by Seiji Ozawa. The recipient of numerous awards, Sutherland was selected at 17 to be sole participant from the USA at the International Bach Festival, held at Lincoln Center. He was a finalist in the International Bach Competition in Washington DC and has performed all of J.S. Bach’s keyboard works. An avid chamber musician, Robin Sutherland is co-director of the Telluride Chamber Music Festival and a regular performer at the Bay Chamber Concerts in Rockport, Maine. Many composers have dedicated works to him, and among the world premieres in which he has participated was that of John Adams’s Grand Pianola Music. A frequent soloist with the SFS, Robin Sutherland has been featured in Leonard Bernstein’s Age of Anxiety with Michael Tilson Thomas conducting. In 1996, his recording of Bach’s Goldberg Variations was released on the d’Note label. 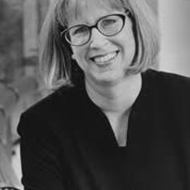 Nancy Ellis is a member of the San Francisco Symphony. She received her M.A. in music at Mills College. She has performed at the Telluride, Cheltenham, Ojai, and Marlboro Music Festivals, and with the Chamber Soloists of San Francisco. 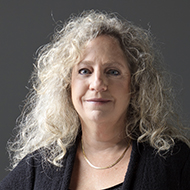 Susan Freier earned graduate degrees in music from Stanford and the Eastman School of Music, where she was a member of the Rochester Philharmonic. Before joining the Stanford faculty and the Ives Quartet (formerly the Stanford String Quartet) in 1989, she performed with the award-winning Chester Quartet. Ms. Freier has been a participant at the Aspen, Grand Teton, and Telluride Music Festivals, has served on the faculties of Garth Newell and Rocky Ridge Music Center, and is currently on the artist faculty of the Schlern International Music Festival in Italy and the San Diego Chamber Music Workshop. She joined the San Francisco Contemporary Music Players in 1993. 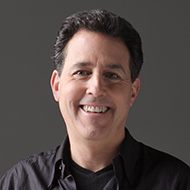 A founding member of the Ives String Quartet and a member of the Stanford University faculty since 1983, Harrison is a graduate of Oberlin College and Boston University where he received the Award for Distinction in Graduate Performance. Former principal cellist of the Opera Company of Boston, the New England Chamber Orchestra and the Chamber Symphony of San Francisco, he has performed on NPR, the BBC and on both the German and the Netherlands State Radio. 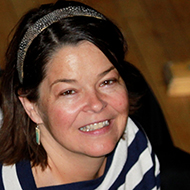 A frequent recitalist and performer of new works for viola, Polly Malan has played as Principal Violist with San Francisco Opera’s Western Opera Theater and the Spoleto Festival Orchestra. Polly has also played with the San Francisco Opera, San Jose and Monterey Symphonies.

Colombian clarinetist Carlos Ortega started the clarinet at the age of 10 in Bucaramanga, in the program known as El Sistema. He studied with Professor Jon Manasse, one of the most acclaimed clarinetists of his generation, at Lynn Conservatory of Music. He was principal clarinetist and co-founder of the Fundacion Orquesta Sinfonica de Bogota (FOSBO), participating in symphonic, opera, ballet, and educational performances. Among the organizations in which he has participated are the Batuta Symphony Orchestra (Principal Clarinet), Youth Symphony Orchestra of Colombia (Principal Clarinet), Bogota Philharmonic (substitute clarinet), and Colombia National University Orchestra (Principal Clarinet and soloist). In 2012 at the Breckenridge Music Festival, Ortega was the chamber soloist in “Volante”, the world première of a suite for clarinet and piano commissioned for him and Telluride’s own Robin Sutherland, Principal Keyboardist of the San Francisco Symphony, from composer Nicholas Pavkovic.